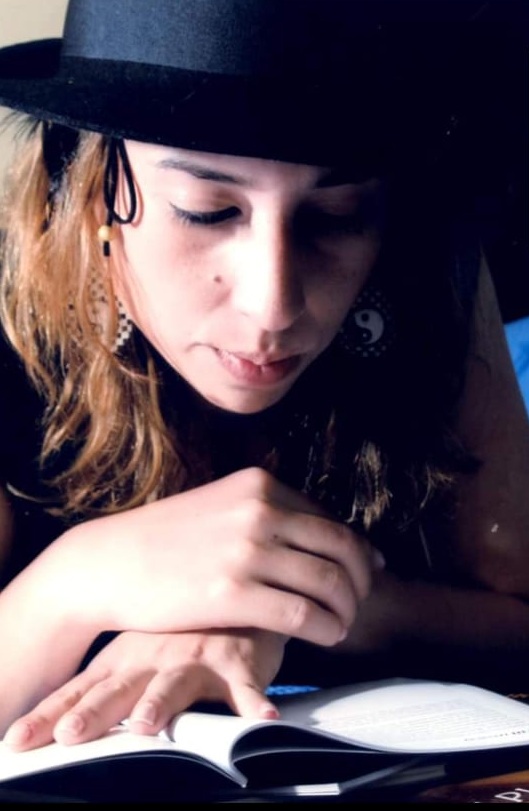 Dina Bellrham, pseudonym of Edelina Beltrán Ramos, (Milagro, July 6, 1984 – Guayaquil , October 27, 2011) was an Ecuadorian poet. Recognized for having received the First Mention in the I Ileana Espinel Cedeño Poetry Contest, in 2008, by the House of Ecuadorian Culture in Guayas. She attended medical school at the University of Guayaquil and was part of the poetic group Buseta de Papel. The Guayaquilean writer Miguel Antonio Chávez said about her: “She mixed physiological and pharmacological terms in her poetry with the universe of loneliness, suffering and death, but with a special brilliance.” In her lifetime she published two books, “Con plexo de culpa” (2008) and “La mujer de helio” (2011). Her two other books “Je suis malade” (2012) and “Libro inédita Bellrham” (2013) were published posthumously. She died at the age of 27 from a possible overdose. Some of her poems have been translated into Italian and English.