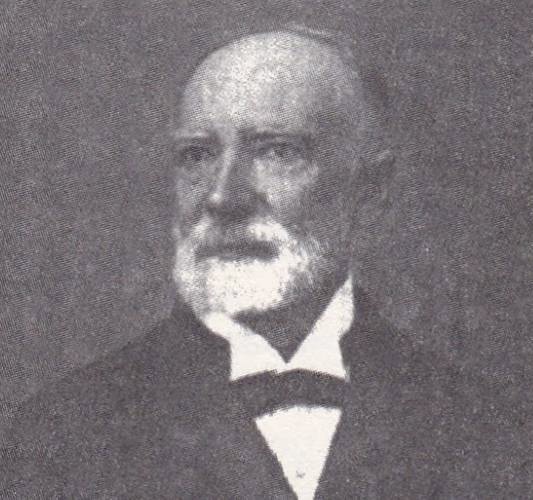 Belisario Peña Gómez (Zipaquirá, Colombia, August 5, 1834 – September 7, 1906) was a Colombian poet and educator in Ecuador. At the request of Miguel Riofrio, Ecuador’s Charge d’Affaires, he moved to Ecuador to help found a school with Riofro, Benjamn Pereira Gamba and Francisco Ortiz Barrera. The school, “Colegio de la Unión,” opened on July 20, 1857 at the Santo Domingo de Loja temple. At the beginning of 1860, the Provisional Government of Quito called on Peña and Barrera to found the Colegio de la Unión in Ecuador’s capital. The new Colegio de la Unión opened its doors in Quito on March 2, 1861. Then President García Moreno ordered the merger of the Colegio de la Unión of Quito with the “Nacional” recently created for the Jesuits, who renamed the combined school “San Gabriel.” In 1875 he was a founding member of the Ecuadorian Academy of Language. In 1889 he and Carlos Casares resigned from the Ecuadorian Academy of Language due to the political dispute between the conservatives led by José Modesto Espinosa, against the progressives. In 1912 his friend the Archbishop of Quito, Federico González Suárez, compiled his poems and published them in a volume entitled “Composiciones poéticas del Sr. Don Belisario Peña” [Poetic compositions of Mr. Don Belisario Peña] in 334 pages. preceded by a prologue by González in 62 pages. In 1932 Manuel María Pólit published 11 more poems, minor but not unworthy; among them a translation of Manzoni entitled “El día de la Primera Comunión.” An additional 16 poems are compiled in the Library of the Jesuits of Cotocollao, one of them of great interest, in honor of General Tomás Cipriano de Mosquera. Belisario Peña’s biography written and published in Colombia by scholar Roberto M. Tisnés J. CMF.

In 1861, he married Carmen Bueno Landázuri.