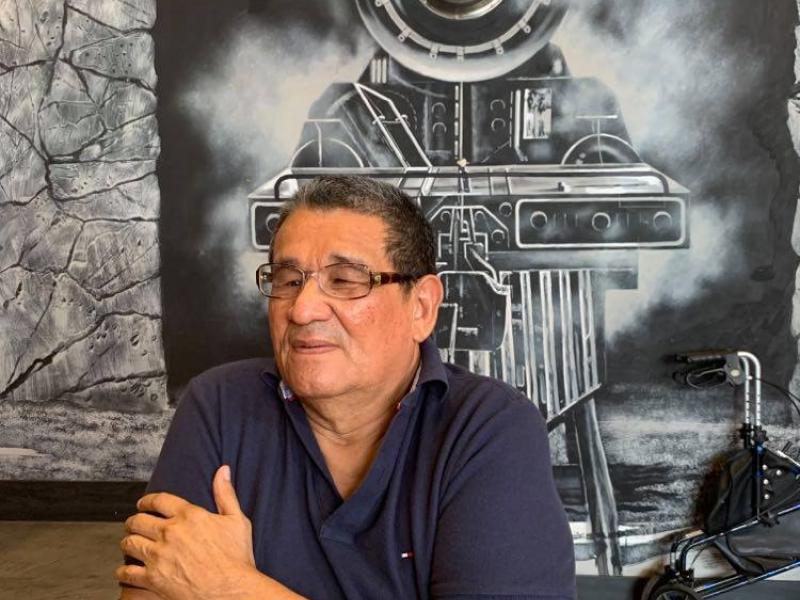 Dalton Osorno (Jipijapa, 1958) is an Ecuadorian writer, poet, literary critic, and retired professor. His short novel, “Sonata para jaibas y cangrejos,” won the 2020 La Linares award, which he shared that year with Hans Behr Martinez, who was recognized for his own short novel. Orsono has published a collection of short stories and several collections of poetry. His book of poems, “No hay peor calamidad, desfachatez, infatuamiento que un poeta enamorado,” was awarded the Unique Prize at the VII National Literature Contest in Guayaquil. He has lived in Guayaquil since 1970.

Osorno married Susana Falques Coronad in 1977 and they had a daughter named Susana.

Osorno was born with amblyopia and calcareous cataracts, which he inherited from his father. During an interview, he stated that he was born blind but later had surgery to restore some vision. He can only read during the day with the assistance of a powerful lamp. When once asked what was his biggest fear, he answered: going blind and not being able to read or write.

His work has also been published in the following anthologies: