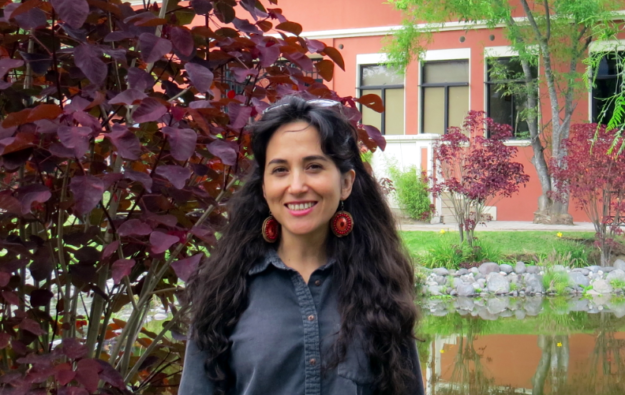 Gabriela Ponce Padilla is an Ecuadorian writer, playwright and professor. She was born in Quito, Ecuador in 1977. In 2015, she published her first book, a collection of short stories titled Antropofaguitas. In 2018, her play Lugar was awarded the Joaquín Gallegos Lara National Literature Prize. In 2019 Ponce published her first novel, Sanguínea, in which she utilizes blood and menstruation as metaphors to explore pain, eroticism, and the protagonist’s love breakups. It was translated into English as Blood Red by Sarah Booker and published by Restless Books in 2022. Ponce is currently a professor at the College of Communication and Contemporary Arts of the University of San Fracisco, Quito (USFQ).