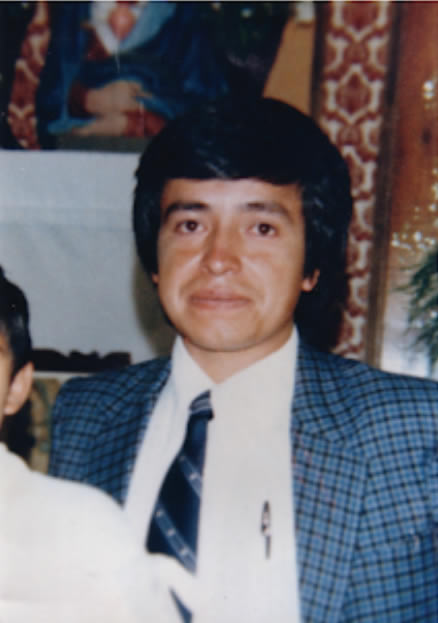 César Gustavo Garzón Guzmán (Quito, June 8, 1958) was an Ecuadorian writer and literary critic who vanished without a trace on November 9, 1990. In 1980, he joined Miguel Donoso Pareja’s literary workshop at the House of Ecuadorian Culture and co-founded the literary group “La Mosca Zumba.” On November 9, 1990, he went out with a group of friends to a dance club and was never seen again. At the time, the 32-year-old writer was living in Quito, Ecuador, where he was working on his doctoral thesis in Literature at the Pontifical Catholic University of Ecuador. On January 28, 2021 the Ecuadorian government admitted responsibility for his kidnapping before the Inter-American Court of Human Rights. A documentary about his life, “Brutal como el rasgar de un fósforo,” was made in 2021.

In 2021, a documentary titled “Brutal como el rasgar de un fósforo” was made about the life of Gustavo Garzón, an Ecuadorian writer who was kidnapped more than 30 years ago.

The video is split into two sections. The first follows the structure of a typical biographical documentary, depicting Garzón’s life in chronological order. Being the last of four siblings, he had a happy childhood and spent his years as a student at the Montúfar school, where he began to write his first essays. It also discusses his time at Central University, where he graduated with a degree in Mathematics and Statistics, despite the fact that he never abandoned his deep interest in letters, even while working for the now-defunct Ecuatoriana de Aviación.

Testimonials from family and friends, photographs, archival records, texts, press clippings, dramatizations, and even the writer’s own voice, which appeared in an audio file during the investigation, are all elements that are used correctly to give the biographical portrait a narrative sense. The director chooses to film in black and white, giving this case, which has been open for three decades, a timeless meaning.

Video conference with the author’s mother Clorinda Guzmán and others.

He worked for some time as an aviation engineer at the now defunct Ecuatoriana de Aviación.

He also wrote for the magazine of the La Mosca Zumba and his work has been included in various anthologies. In the mid 1980s he distanced himself from writing to partake in fighting for social change. In 1989 he was arrested and tortured for a year. After being declared innocent and having his case dismissed, he returned to his passion of writing. His forced disappearance occurred in the early morning of November 10, 1990.