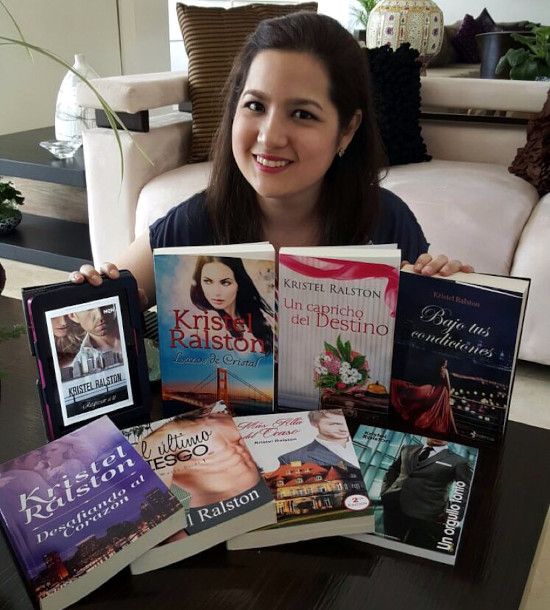 Kristel Ralston (Guayaquil, 1984) is a bestselling writer of more than 25 contemporary romance books. Her novel “Lazos de cristal” was one of the five manuscripts on the shortlist for the Second Literary Contest of Indie Authors (2015), sponsored by Amazon, Diario El Mundo, Audible and Esfera de Libros. This contest received more than 1200 manuscripts from different literary genres of Spanish speakers from 37 countries. Kristel was the only Latin-American among the five finalists of the contest. Ralston was also on the shortlist for the romantic novel contest Leer y Leer 2013, organized by Vestales publishing house from Argentina, and she is co-administrator of the literary blog Escribe Romántica. Ralston has published several novels. A prestigious Ecuadorian magazine nominated her as one of the Women of the Year 2015 in the Art category for her literary work.

Video of Kristel Ralston on a program called 30-30