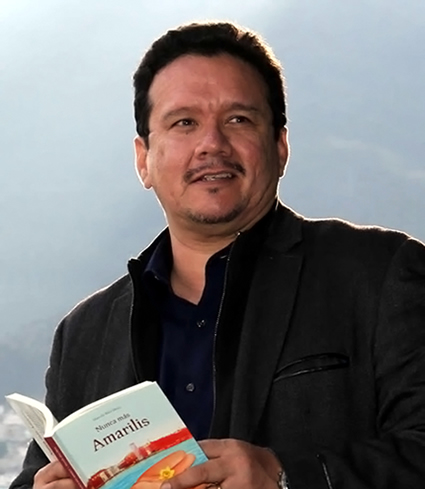 Marcelo Rafael Báez Meza (Guayaquil, April 24, 1969) is an Ecuadorian poet, novelist, translator, and film critic. He has earned a myriad of awards for his books. He won first place in the National Literature Contest of the House of Ecuadorian Culture on three occasions (1997, 2005 and 2013). His prize-winning novels include “Catador de arenas” (2010) and “Nunca más Amarilis” (2018). In 2012 his poetry book “El mismo mar de todas Las Habanas” won the Aurelio Espinosa Pólit Prize. He is currently the dean of the Art, Design and Audiovisual Communication Department of the Superior Polytechnic School of the Littoral (ESPOL) in Guayaquil.