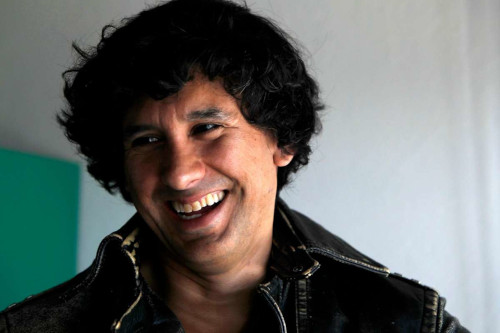 Mauro Javier Cárdenas is a critically-acclaimed Ecuadorian novelist. He was born and raised in Guayaquil and studied economics at Stanford University. The New York Times called Cárdenas’ debut novel, The Revolutionaries Try Again, “an original, insubordinate novel.” In 2017, the Hay Festival included Cárdenas in Bogotá39, a selection of the best young Latin American novelists working today. Cárdenas has lived in the U.S. for over a decade. Writing about Cárdenas’ latest novel, Aphasia (2020), literary critic Carlos Fonseca wrote: “Mauro Javier Cárdenas has knocked down the novel as we know it, and built a cathedral out of the debris. Aphasia is monumental, funny, potent, and fresh. It marks a new beginning.”