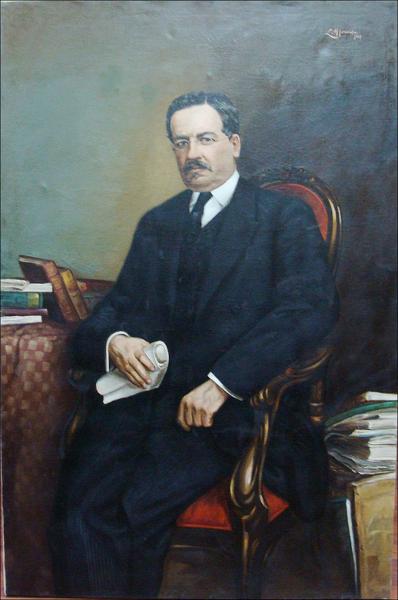 Ramón Borrero y Cortázar (Cuenca, September 8, 1824 – 1895) was an Ecuadorian scholar and writer. He briefly served as president of Ecuador from October 11, 1883 until February 17, 1884. The provisional government’s mandate having expired without it having named an interim President, Borrero assumed the role as a result of his holding the position of President of the Senate. He was a delegate to both the 1861 and 1884 Constitutional Conventions. He was exiled by order of the Supreme Leader Ignacio de Veintemilla and lived for many years in Peru and Chile. After Veintemilla’s overthrow in 1883, he was authorized to return to Ecuador, where he worked as a lawyer, journalist, and writer until his death.

His administration promoted free elections, freedom of the press and guarantees of individual rights, in contrast to what was the dictatorial government of his tyrannical predecessor Gabriel García Moreno.