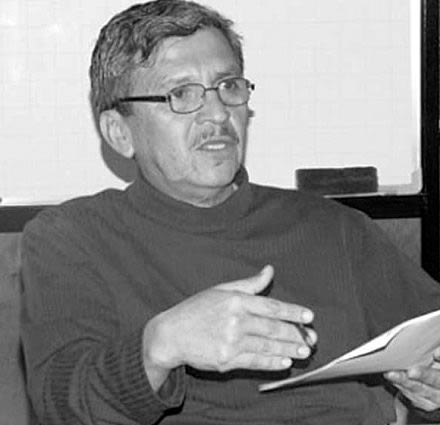 Roy Sigüenza is an Ecuadorian writer and poet. He was born in Portovelo, a city in El Oro Province, Ecuador, in 1958. His poetry is homoerotic in theme; he is known for transforming scenes of ordinary life into settings for erotic encounters. Although he has a penchant for brevity and simplicity of language, at times he makes use of greater stylization, while including references to other homosexual writers from both Europe and the United States. Within the Ecuadorian poetic scene, Sigüenza, speaking with a new lyric voice (that of a marginalized and persecuted homosexual), has developed a style that, very quickly, other poets have adopted as a reference point for their own work. One of the few authors in Ecuador willing to write of marginalized sexual experiences in an openly confessional manner, he has gained a certain status as a literary rebel within Ecuador.

His works have been included in the following anthologies: