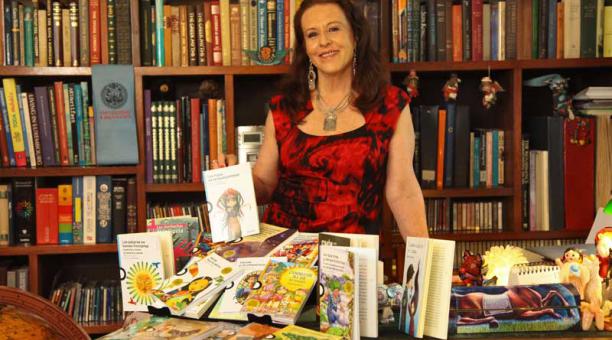 Edna Iturralde De Howitt (Quito, May 10, 1948) is Ecuador’s most important and prolific authors of children and young adult’s literature. She has written 62 books. She has won various prizes and nominations within and outside her country. Among the most important of these are the Dario Guevara Mavorga National Prize for Children’s Literature in Ecuador in 2001, the Skipping Stones Award in the United States in 2002 and 2005, and the Mention of Honor of the Municipality of Quito in 2003 and 2004. She has been nominated twice, in 2012 and 2013, to the Astrid Lindgren Memorial Award (ALMA). As Her work was selected by the SEP within the competition of the Mexican Ministry of Education in 2003 and 2005. In 2005, two of her books were nominated for the Ecuadorian Honor List of IBBY (International Board of Books for the Young). She is the president of the Ecuadorian Academy of Children and Juvenile Literature, which is associated with the Latin American Academy of Children and Juvenile Literature. Several of her books has been translated into English.