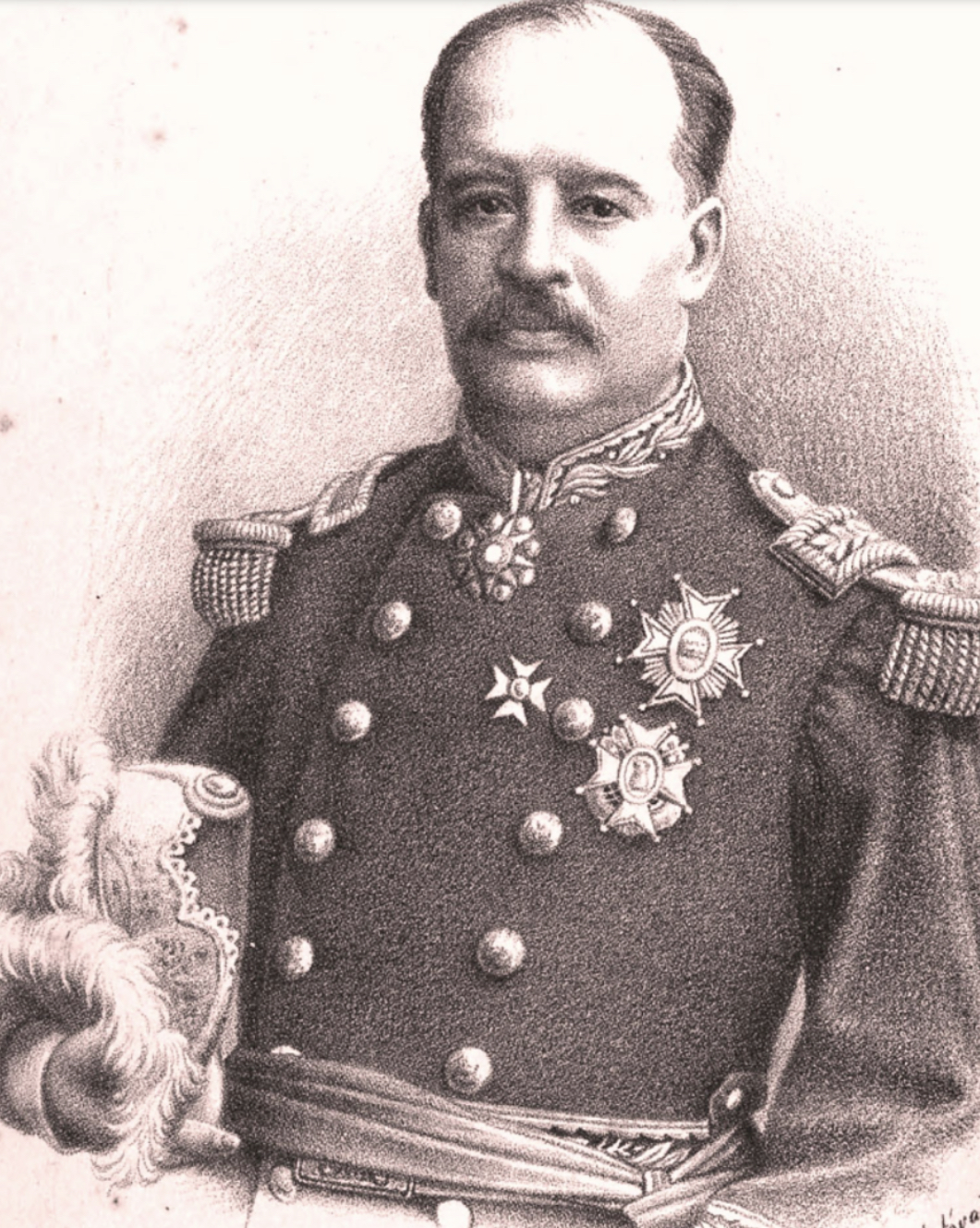 General Francisco Javier Salazar Arboleda (Quito, January 11, 1824 – Guayaquil, September 21, 1891) was an Ecuadorian lawyer, writer, militarist, and politician. He wrote several works of a military, didactic and educational nature, including: “Método de Enseñanza Primaria,” “Pronunciación del Castellano en el Ecuador,” and “Instrucción de Esgrima a la Bayoneta,” to name a few. He was a founding member of the Ecuadorian Academy of Language, as well as a member of the National Scientific and Literary Academy of Quito, the Royal Society of London, the Lima Athenaeum, the Academy of History of Madrid, and the Seville Royal Academy of Literature, among others.

General Salazar was born on January 11, 1824 in Quito, Ecuador. He was the son of landowners José María Salazar Lozano and María Dolores Arboleda. He attended Colegio San Fernando, where he received his high school diploma in 1842, and then went on to study Jurisprudence at the Central University of Ecuador, where he graduated in 1851.

Salazar, in addition to his legal profession, joined a Cavalry Regiment, where he was promoted to officer before graduating from the University. He chose to continue his military career, and his discipline and consistent merits gained him a relatively swift promotion to the Army’s highest ranks.

During the first term of Gabriel García Moreno’s government, he was Minister of War and Navy from 1868 to 1872, and Governor of Boralia during the second term (1876-1877). In 1877, he took part in the campaign against General Ignacio de Veintemilla, who attempted to seize power through force as part of the Veintimillista Revolution.

He distinguished himself during the Second Ecuadorian-Peruvian War of 1886, earning him the title of Baron of Barranca.

He was a brilliant writer who belonged to prestigious cultural institutions such as the Ecuadorian Academy of Language, the National Scientific and Literary Academy of Quito, the Royal Society of London, the Lima Athenaeum, the Academy of History of Madrid, and the Seville Royal Academy of Literature, among others.

He died on September 21, 1891, at the age of 67, in Quito, Ecuador. His ashes were given military honors in the Metropolitan Cathedral before being transferred to the Basilica of the Sacred Heart’s Crypt of Illustrious Persons.