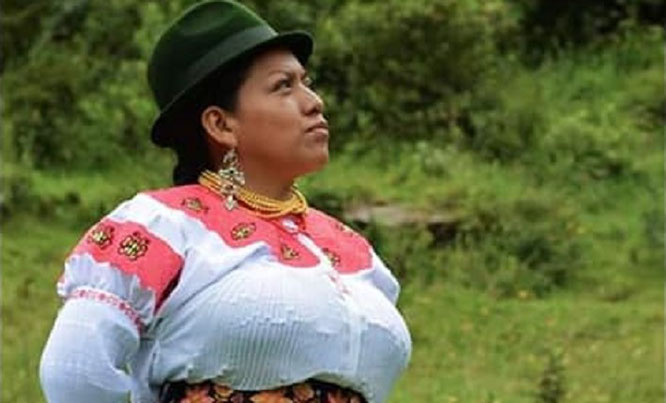 Gladys Potosí Chuquín (Angochagua, Imbabura, February 17, 1981) is an Ecuadorian poet and activist who is a member of the Kichwa-Karanki indigenous community. Like the Otavalo, the Natabuela, and the Puruhá, the Karanki are a pre-Inca tribe who adopted the Kichwa language (Quechua) as a result of Incan influence. However, the Iberian invasion that followed the Inca one eventually imposed Spanish as the main language in the Andean area where she is from. She stopped writing in Spanish so that she could find her voice in Kichwa (Quechua), and her poetry serves as a witness to or reflection of the changes that have occurred among her people and herself. She has represented Ecuador at various literature festivals in and outside of Ecuador.

Gladys Potosí was born in Angochagua, Ibarra, Province of Imbabura, Ecuador on February 17, 1981.