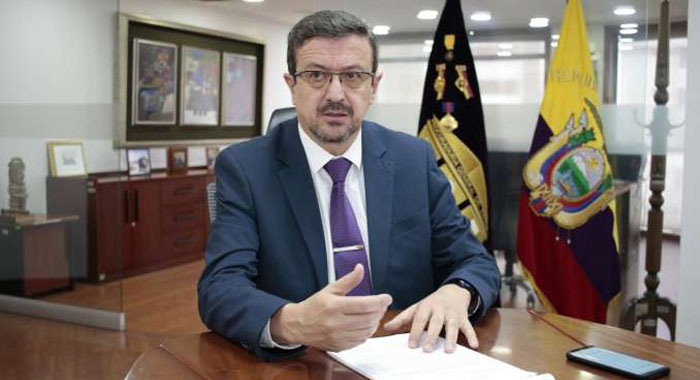 Íñigo Salvador obtained his high school diploma from the Academia Militar Ecuador (Ecuador’s Military School). He then obtained his Bachelor’s degree in social sciences and a doctorate in jurisprudence from the Pontifical Catholic University of Ecuador (PUCE) in Quito in 1987. He has a postgraduate degree in Higher International Studies from the University of Geneva in Switzerland. In addition, he has completed several specializations in international relations and international humanitarian law for university professors at the International Studies and Research Foundation, in Florence, in northern Italy. Salvador was Dean of the Faculty of Jurisprudence of the PUCE from April 2016 to July 2018. He was also director of the Center for Research on International Law of the PUCE from 2008 to 2016. In this same institution, Íñigo Salvador was a professor of various subjects in law school.

As a diplomat, he represented Ecuador at the United Nations headquarters in Geneva, Switzerland, where he lived for eight years. His career also led him to live in England, Italy, and other European countries.

In writing his detective novel “Miércoles Santo” he was influenced by Swiss author Henning Mankell and his character inspector Kurt Wallander.

Íñigo Salvador’s father was Jorge Salvador Lara, a poet, historian and diplomat from Cuenca, and his mother was Teresa Crespo Toral who hailed from a family of writers and politicians. He is married to Jimena Rodríguez and has three children, Jimena, Jorge and Juan Diego, and three grandchildren.