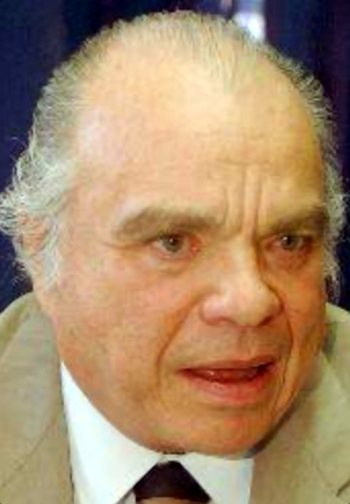 Jaime Francisco Damerval Martinez (Guayaquil, November 19, 1940) is a lawyer, poet, essayist, journalist, columnist, university professor, political scientist, politician, former minister of the interior (2004) and former presidential candidate of Ecuador (2006). His poetry books include “Racimos” (1975) and “Mazorca” (1981). He also authored two book-length political essays: “Centralismo y regionalismo en el Ecuador” (1979) and “Monopolio político en el Ecuador” (2000), as well as collections of journalistic articles. He was an opinion columnist for the daily newspaper El Universo for over 20 years. In 2014 he became a member of the Guayaquil chapter of the Ecuadorian Academy of History.

Jaime Damerval served as minister of the interior for a few months during the government of President Lucio Gutiérrez. He was a member of the Concentration of People’s Forces, a political party in Ecuador. In 2006 he was the party’s presidential candidate. He received 0.4% of the vote.

He was the second of three brothers born to Lauro Damerval Ayora from Loja, a lawyer, commercial code professor, and dean of the Faculty of Jurisprudence of the University of Guayaquil from 1964-66, awarded by the government of President Noboa with the National Order of Merit in 2000, and Alice Martínez Swett from Guayaquil.

At the age of 21 he married Glenda Arosemena, they had three children. His wife Glenda and their eldest daughter died in a car accident in 1973. His two surviving daughters became lawyers like him.

During the six years he was at the University of Guayaquil, where he earned his law degree in 1965, Jaime Damerval was the best student in his class, sharing honors with Jaime Roldos Aguilera who later served as president of Ecuador (1971-1981). He received an award from the University of Guayaquil for his doctoral thesis, “Significación Jurídica de los Capitanes de Naves.”

Jaime Damerval has been a member of the following institutions