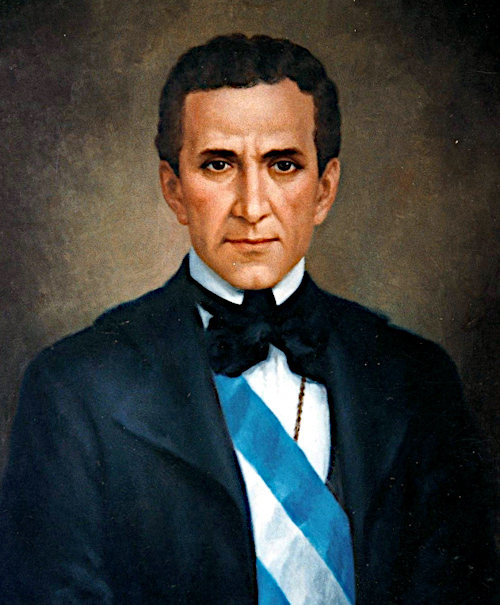 José Joaquín de Olmedo y Maruri (Guayaquil, March 20, 1780 – Guayaquil, February 19, 1847) was a notable Ecuadorian poet, first mayor of Guayaquil, and former president of Ecuador. In his poetry, Olmedo emphasized patriotic themes. His best-known work is La victoria de Junín: Canto a Bolívar (1825; “The Victory at Junín: Song to Bolívar”), which commemorates the decisive battle won there by the forces of the liberator Simón Bolívar against the Spanish armies. It is considered by many critics the finest example of heroic poetry written in Spanish America.

“He who does not hope to win has already lost.”

In 2008 Ecuador’s airport in Guayaquil was renamed the José Joaquín de Olmedo International Airport. It was named “Best Airport in Latin America 2008 & 2009” by BusinessWeek.