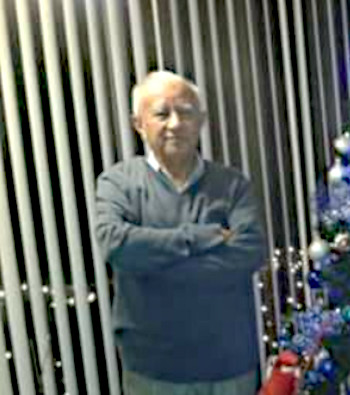 Nelson Jaramillo Mora (Zaruma, El Oro, Ecuador, circa 1930-2017) was an Ecuadorian writer and archaeologist. He worked as a professor of history and civics for over 35 years. Jaramillo Mora wrote short stories, essays, biographies, poems and books on history and archeology.

His father was Victor Jaramillo, a mechanic, and his mother was a house wife. He had 9 siblings. He was married to Berta Espinosa and they had a daughter named Patricia Jaramillo.