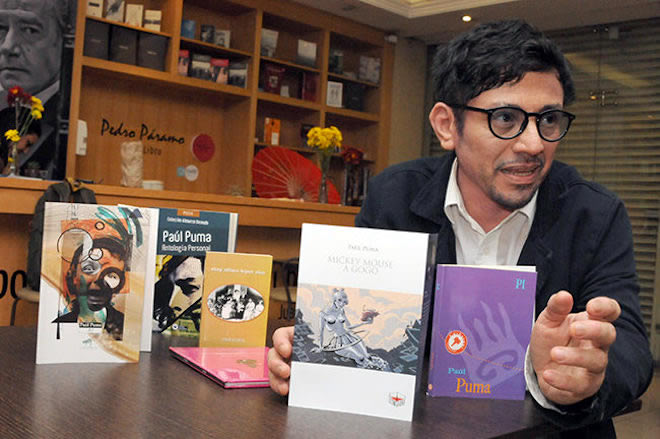 Paúl Puma is an Ecuadorian poet, playwright, and literary critic. He was born in Quito in 1972. He has a master’s in Latin American literature from the Simón Bolívar Andean University, Ecuador, and a PhD from the University of Alicante, Spain. Among his best known works are the poetry book Felipe Guamán Poma de Ayala (winner of the Aurelio Espinosa Pólit Prize, 2002), and the science fiction theatre piece Mickey Mouse a Gogo (winner of the Joaquín Gallegos Lara Prize, 2017). In 2017 Puma published El tesoro de los llanganatis (The Treasure of the Llanganates) with an English translation by Jonathan Simkins.