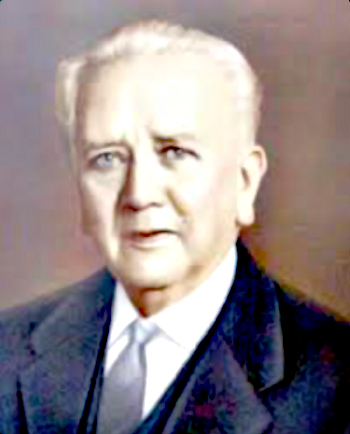 Pío Jaramillo Alvarado (Loja, May 17, 1884 – July 24, 1968) was an Ecuadorian writer, liberal lawyer, politician, law professor and sociologist. His best-known book El indio ecuatoriano (1922; The Ecuadorian Indian), established him as one of Ecuador’s leading intellectuals and a key participant of the indigenista movement. Born to a white mestizo family, he critiqued indigenous realities from a non-indigenous perspective, which is typical of early twentieth century indigenistas. In 1940 he led the Ecuadorian delegation to the Pátzcuaro Congress in Mexico that founded the Interamerican Indigenist Institute (III). Three years later he helped found the Ecuadorian Indigenist Institute (IIE), for which he subsequently served as director. He contributed essays to newspapers throughout the country, most significantly under the pseudonym Petronio in the liberal newspaper El Día.

On occasion, he served as governor and deputy of his native province of Loja.

Jaramillo Alvarado earned a doctor of jurisprudence degree and engaged in an intensive study of his national reality. He subsequently taught law at the Central University in Quito and the University of Guayaquil.