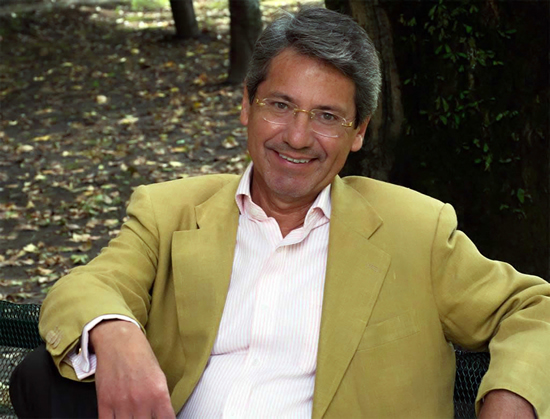 Raúl Vallejo, born César Raúl Enrique Vallejo Corral (Manta, June 28, 1959) is an Ecuadorian novelist, short story writer, poet, politician and academic. He has served as the Minister of Education in the administrations of presidents Rodrigo Borja Cevallos, Alfredo Palacio and Rafael Correa, who also named him Minister of Culture and Patrimony. In the realm of literature, he is one of today’s most prolific writers, and has won many national and international awards, such as the Royal Spanish Academy Award (Spain), José Lezama Lima Poetry Prize (Cuba). In 1999 his books Huellas de amor eterno (short stories) won the Aurelio Espinosa Pólit Prize and Acoso Textual (a novel) won his second Joaquín Gallegos Lara Prize.

Raúl Vallejo was awarded this price for his work Mística del tabernario (2017), he is the second Ecuadorian to receive the prize, which has been awarded by the Casa de las Américas (Cuba) since 2000. The first Ecuadorian to win the prize is Humberto Vinueza for his book Obra cierta. Antología poética (2012).