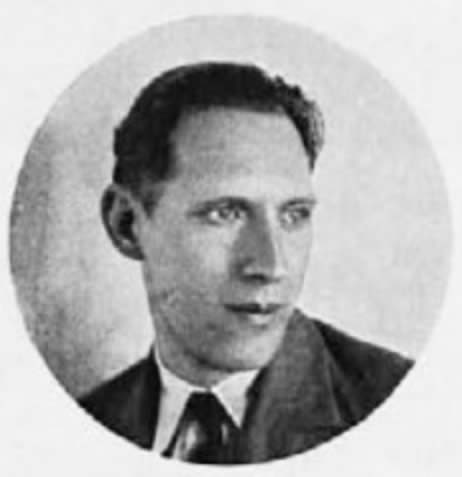 Silvester Škerl (June 10, 1903 – March 28, 1974) was a Slovenian translator, actor, publisher, editor, and poet. He is known primarily for his translation work, especially after the Second World War, when he translated the works of authors such as Alexandre Dumas, Hans Hellmut Kirst, Miroslav Krleža and Stendhal. In 1954 he published “Mešanci,” a Slovenian translation of the 1937 Ecuadorian novel “Cholos” by Jorge Icaza. Silvester Škerl was a citizen of Austria-Hungary, the Kingdom of Italy, and the Socialist Federal Republic of Yugoslavia.

Silvester Škerl was born to father Ivan and mother Genovefa (née Cerkvenik) and was educated in his hometown. After high school, he joined Milan Skrbinšek. The following year, he was transferred to Ljubljana Drama and after that moved between theaters in Ljubljana, Maribor and Varaždin He also studied for half a year at a high school for dramatic arts in Germany, and during his military service in Milan and Novara (1923) he led the group “La compagnia dell’ ucello azzuro” ( the Blue Bird ). In 1925, he moved to Ljubljana, where he first worked as a clerk at Ivan Knez and then as a librarian of the Yugoslav Bookstore, for which he designed several book collections, and independently founded the Academic Publishing House with two bookshops. After the Second World War, at Kidrič ‘s initiative, he organized the activities of the Cankarje publishing house and the Slovenian Library Institute, and worked as an editor for both. In 1950, he became a press officer at the Slovenian Academy of Sciences and Arts, in 1953 he got a job at the Metallurgical Institute and in 1969 at the Union of Engineers and Technicians, where he worked until his retirement.

He is known primarily for his translation activity, especially after the Second World War, when he translated the works of authors such as Alexandre Dumas, Hans Hellmut Kirst, Miroslav Krleža and Stendhal. He also created a few translations into other languages, especially of Cankar ( Lepa Vida in Italian, Pohujšanje v dolini Šentflorjanski in German). As a publisher, he systematically took care of the publication of original professional publications in the field of Slovenian cultural history.

Silvester Škerl was born on June 10, 1903 in Trieste, the capital city of the Friuli Venezia Giulia region in northeast Italy.

Silvester Škerl died on March 28, 1974 in Ljubljana, the capital and largest city of Slovenia.