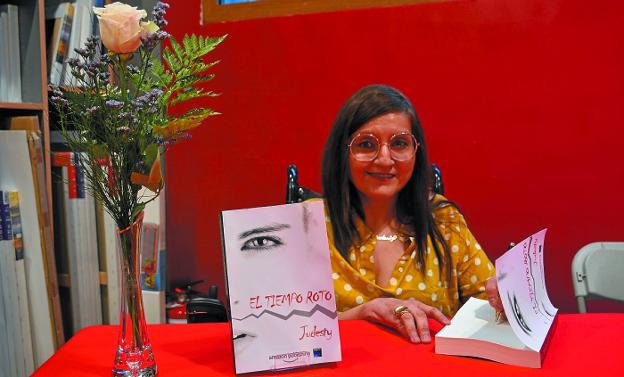 Tamara Cadena (pen name Judesty) is an Ecuadorian writer, she was born in Quito in 1967. She has received several national and international awards and recognitions. In 2009, Cadena’s first novel El acuerdo (2008) won first prize in the online literary contest of El Corte Inglés and BookAndYou.com. Cadena’s third and latest novel El tiempo roto (2017) was well-received by critics. She has lived in Spain since she was thirteen. Cadena publishes her books under the pseudonym Judesty.