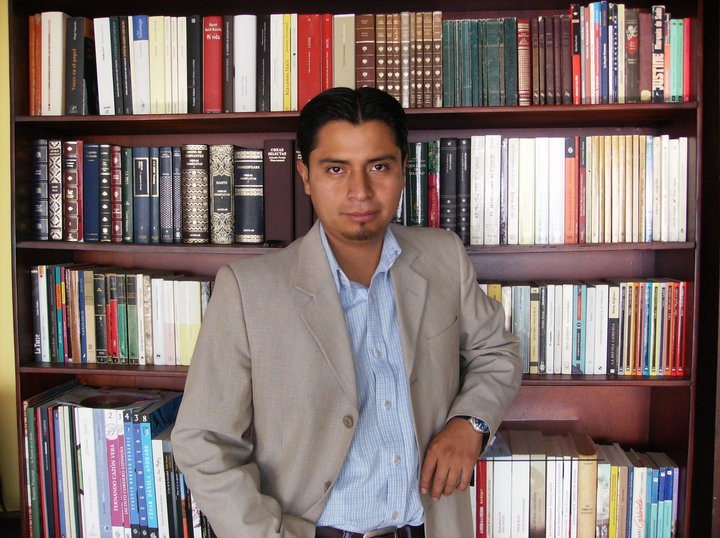 Edwin Marcelo Alcarás Panchi (Quito, 1981) is an Ecuadorian professor, cultural journalist and fiction writer. He is the author of the book of short stories La tierra prometida (2012), which in 2010 won third place in the First Literary Prize of the Provincial Council of Pichincha. In 2011, he decided to quit writing for newspapers, and started an academic career. He has completed three Master’s Degree programs. 1. Hispanic Philology (Universidad Nacional de Educación a Distancia, UNED, Madrid, 2013); 2. Latin American Literature (PUCE, 2016), and Philosophy and Social Thought (FLACSO, 2019). He is currently a professor of Spanish as a foreign language at the Pontifical Catholic University of Ecuador (PUCE), and as a visiting assistant professor he has taught Spanish as a Second Language, Latin American Literature, and Creative Writing at Earlham College in Richmond, Indiana.