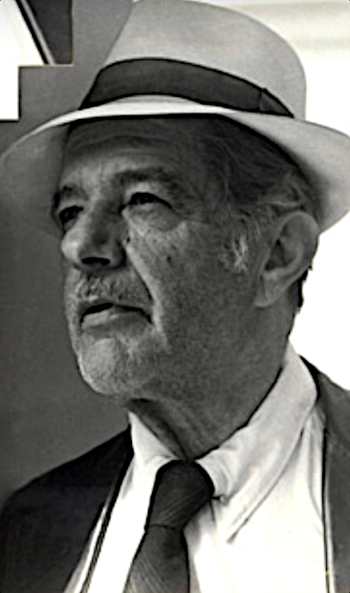 Arturo Cuesta Heredia (Azogues, August 18, 1922 – Cuenca, November 12, 2006) was an Ecuadorian lawyer, judge, writer and avant-garde poet. He obtained a law degree from the University of Cuenca in 1947. Cuesta is a member of the “ELAN group.” As a young writer he was often called, “the metaphor magician,” for his brilliant use of metaphors. His poetry book “Hermano Miguel” (1963) has been translated into various languages including Polish. Cuesta also wrote fiction, such as his short story book El callejón de los eucaliptos (1962). In 2002, the Ministry of Education and Culture awarded him the Cultural Merit Award.

“I have never written a sad verse, because for me poetry is life, enthusiasm, celebration.”

“I am the founder of ELAN, which started with the trio of Jorge Crespo Toral, Ramón Burbano Cuesta and myself. Then came Efraín Jara, Jacinto Cordero and others who not only wrote poetry, but also prose and journalism.”

Writers in the family

Arturo Cuesta Heredia was married to Bertha Vicuña. They had a daughter named Johanna. He also had a son from a previous marriage named Xavier Cuesta Fornell.