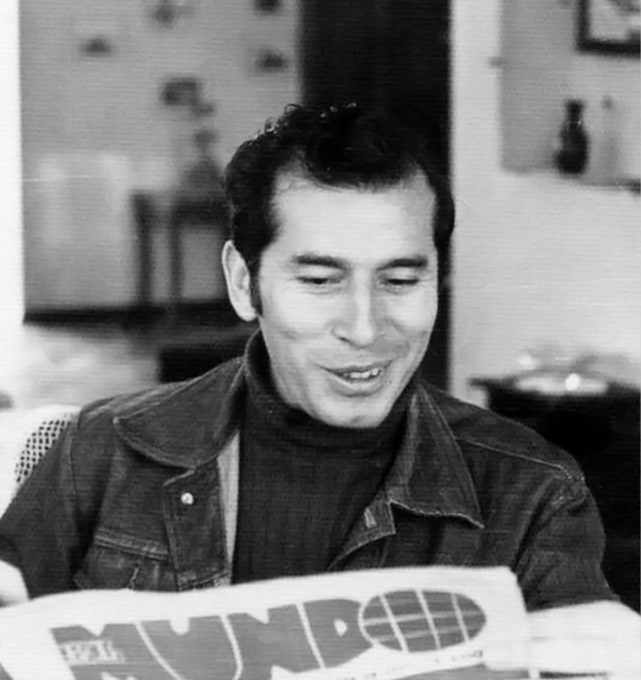 Carlos Benavides Vega, pseudonym: Álvaro San Félix (Guayaquil, March 9, 1931 – Quito, September 29, 1999) was an Ecuadorian poet, actor and playwright. He was a member of Club 7, a Guayaquil-based poets’ group founded in the 1950s. In 1954, Benavides was among one of five members who together published a poetry collection titled “Club 7.” He was a pioneer of historical drama, authoring the plays, “La herida de Dios” (1978; winner of the Aurelio Espinosa Pólit Prize) about Gabriel Garcia Moreno, “Espejo, elias Chushig” (1979), and “Caudillos en llamas” (1980). He also co-wrote “Una loca Estrella,” a historical play about Manuelita Sáenz, with Pedro Saad Herrería.

In the 1950s Benavides Vega was a member of a group called “Club 7,” which was made up of seven young local poets:

Donoso and Abadíe abandoned the group after learning that Benavides and Ledesma were homosexuals.