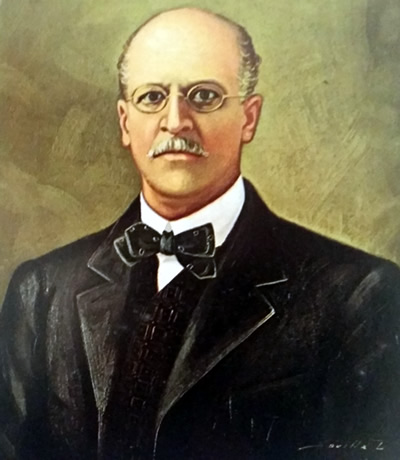 César Borja Lavayen (Quito, February 6, 1851 – Guayaquil, January 31, 1910) was a writer, poet, translator, physician, politician and professor. He was educated at the National University of San Marcos in Lima, Peru. He served as the Deputy of the National Congress of Ecuador, and mayor of Guayaquil (1903-1904). He was a member of the Ecuadorian Academy of Language (since 1901) and in the latter part of his life was the rector of the Central University of Ecuador (since 1908). For political reasons, he lived various years in exile in Costa Rica. On his return to Ecuador, Borja was appointed to various important posts by President Eloy Alfaro.

In 1904, during a trip to Puná, Borja Lavayen met Piedad Guerrero Martínez, whom he married in 1912, they had 4 children.