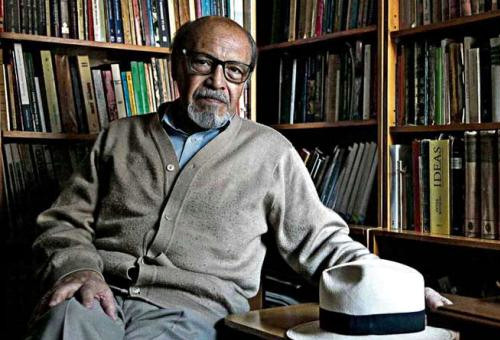 Fernando Tinajero Villamar (Quito, January 5, 1940) is an Ecuadorian novelist, essayist, and university professor. In the 1960s he was one of the most active members of Tzantzismo a cultural vanguard movement which had roots in the Cuban revolution. In 1971 he earned a PhD in philosophy from Charles University (Univerzita Karlova) in Prague. He is best known for his essay writing and his novel El desencuentro (1976). He was the 2015 recipient of the Eugenio Espejo Prize in literature awarded by the Ecuadorian president.