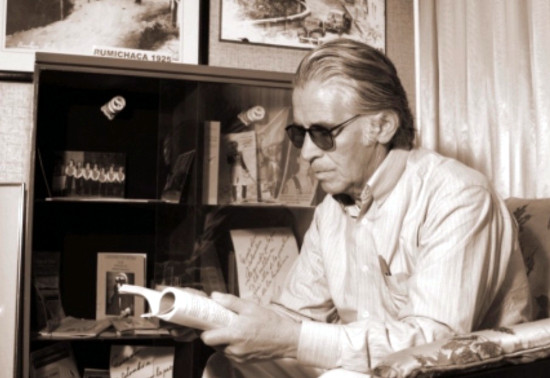 Luis Enrique Fierro (Tulcán, Carchi Province, November 14, 1936) is an Ecuadorian physician, writer and poet. He was the Provincial Director of Health between 1965 and 1972. Then he went on to direct the pediatrics department of ​​the Luis Gabriel Dávila Hospital. He served 3 terms as the president of the Carchi branch of the Ecuadorian House of Culture (1983-1987, 1992-1997, 2001-2005). In 2005 Ecuador’s president awarded Fierro with the Eugenio Espejo Award in Culture.

He earned his medical degree from the Faculty of Medicine at the Central University of Ecuador in 1964. His graduate thesis was titled “Mental illnesses determined by negative environmental factors.” Then in Argentina he completed a specialty in Pediatrics, afterwards returning to his native city of Tulcán to provide care for the poor children of his country.