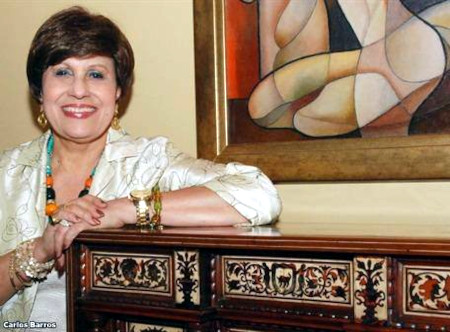 Rosa Amelia Alvarado Roca (1944, Guayaquil) is an Ecuadorian writer and poet. In 1964 she founded the Guayaquil-based magazine Hogar, which became the biggest women’s magazine line in Ecuador. From 1967 to 1972, she worked in television as the director of programming at Channel 2 in Guayaquil, specializing in the creation of cultural programs. She is the president of the Guayas branch of the House of Ecuadorian Culture, and is a member of the Ecuadorian Academy of Language. Her most notable poems include: “Añoranza,” “Cosas Absurdas,” “De lo profano (II),” “El sermón de la montaña” and “La vida va y viene.”