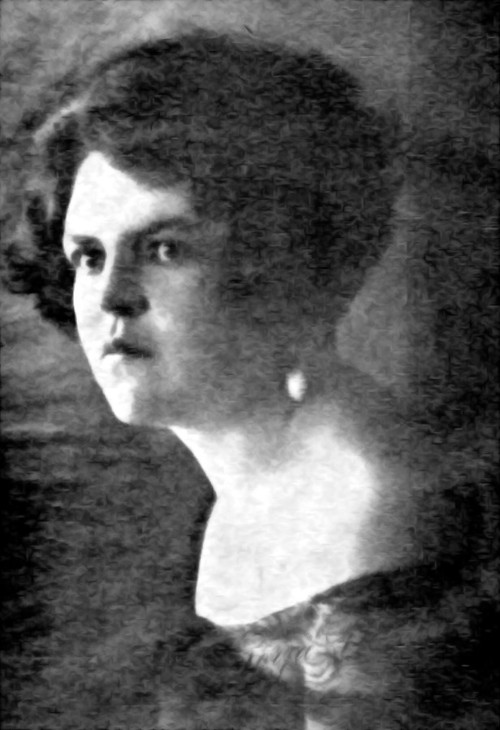 Luz Elisa Borja Martínez (Riobamba, May 15, 1903 – Riobamba, July 10, 1927) was an Ecuadorian poet, pianist, painter, and sculptor. In only 24 years of life, she amassed an extensive body of written work, which her brother Luis Alberto published after her death in two books titled “Cofre Romántico” and “La Bella Durmiente.” The second book contains the poem “Quiero Llorar” (I Mourn), which she wrote in 1918, at the age of 15, after the death of the mother superior of the Riobamba Sisters of Charity. It has seven stanzas, two of which became the lyrics for the Ecuadorian pasillo called “Lamparilla.” The music was composed by Miguel Ángel Casares Viteri, who was inspired by Borja’s poem and his dismay over the damage caused by a Chanchán River flood. Some of her original works can be found at the House of Ecuadorian Culture in Chimborazo.

Luz Elisa Borja Martínez was born jn Riobamba in 1903. Her parents were Ricardo Borja León and Victoria Martínez Dávalos. Through her father, she was a direct descendant of Juan de Borja y Enríquez de Luna, the third Duke of Gandía, and Juana de Aragón y Gurrea. The former was the grandson of Pope Alexander VI and the latter was granddaughter of King Ferdinand II, descended from the rulers of Navarre and Aragon.

Within Ecuador, she was influenced by the modernist literary movement of the Generación Decapitada (Decapitated Generation), composed of Medardo Ángel Silva, Arturo Borja (her second cousin), Ernesto Noboa y Caamaño, and Humberto Fierro.

Internationally, she was influenced by the French authors Charles Baudelaire and Stéphane Mallarmé.

In the field of music she appreciated and exquisitely interpreted the works of Liszt, Schubert, and Beethoven.

The House of Ecuadorian Culture in Chimborazo created a library named for the poet, in a building ceded by the Riobamba City Council of on 21 April 1954. It had been willed by Borja’s mother, with the provision that it be used as a library and cultural center.

In Borja’s native Riobamba, there is a street bearing her name.

Considered a classic of its kind, the pasillo “Lamparilla” has been traditionally played by the most important singers and musical groups in Ecuador, as well as by prominent vocalists from other countries.