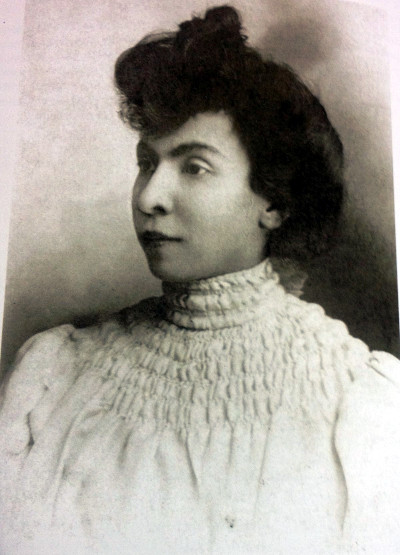 Zoila Ugarte de Landívar, also known by her pseudonym Zarelia (El Guabo, June 27, 1864 – Quito, November 16, 1969) was an Ecuadorian writer, journalist, librarian, sculpturist, educator, suffragist, and feminist. She was the first female journalist in Ecuador. Together with Hipatia Cárdenas de Bustamante, she was a key defender of women’s suffrage in Ecuador. As an early figure in the realm of female Ecuadorian journalists, her career began in the late 1880s. She began to use the journalistic pseudonym Zarelia in the weekly publication Tesoro del Hogar. In 1905 she founded La Mujer, the country’s first women’s magazine. As a teacher, Ugarte taught at various schools in Quito including the Liceo Fernández Madrid girls’ school and the Manuela Cañizares school. She also became the first female editor-in-chief of the political newspaper La Prensa in 1911. She served as president of Quito’s Press Circle.

Ugarte was born in 1864 in El Guabo, Ecuador, to Juan de Dios Ugarte Benavides and Juana Seas Pérez. She was the fifth of 11 siblings. In 1893, she married the colonel Julio Landívar, with whom she had her only son, Jorge Landívar Ugarte. He would later become a journalist and forerunner of the old Ecuadorian Socialist Party. After the death of her parents, she moved to Guayaquil, where she became a supporter of the liberal cause and began working as a journalist in the late 1880s. She began to use the pseudonym Zarelia in the weekly Tesoro del Hogar, founded by Lastenia Larriva de Llona (wife of Numa Pompilio Llona), which was published between 1887 and 1893.