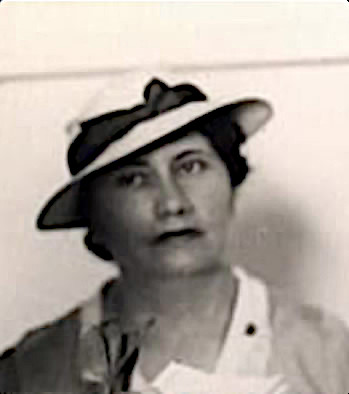 Adelaida Velasco Galdós (Guayaquil, 1894 – December 26, 1967) was an Ecuadorian writer, feminist and humanist. She is recognized for her works focused on Catholic Christian feminism. In 1932, together with the writer Rosa Borja de Icaza, Velasco founded the Legion of Popular Education. In 1936, she began representing Ecuador in the Inter-American Commission of the “Women’s International League for Peace and Freedom,” based in Washington D.C. In 1939, Velasco began her campaign for Gabriela Mistral, a Chilean poet, to be nominated for the Nobel Prize in Literature. In 1945, Mistral became the first Latin American author to win the Nobel Prize, and she confirmed in multiple interviews that getting her nominated for the prize was Adelaida Velasco’s idea.

Adelaida Velasco’s campaign to get Gabriela Mistral nominated for the Nobel Prize started in 1939 and paid off with Mistral winning the prize in 1945.

Velasco’s career was influenced by her admiration for the Chilean poet Gabriela Mistral who she officially invited to Guayaquil, Ecuador in 1938, holding various meetings, a small parade, and recitals at the Olmedo Theater in her honor. The following year, 1939, Velasco promoted Mistral’s nomination for the Nobel Prize in Literature, writing an extensive article on her, letters to literary figures throughout Latin America, as well as to the president of Chile who based on Velasco’s letter to him made getting Mistral nominated a national goal. Mistral became the first Latin American author to win the Nobel Prize in 1945 and acknowledged in several interviews that Velasco’s effort was key in making her nomination possible.

Velasco was mainly unknown until 1945 when Gabriela Mistral in an interview said: “The idea came from a friend of mine, Adelaida Velasco, from Guayaquil, who wrote to President Aguirre Cerda, my former teacher, who presented my nomination in Stockholm.” Velasco was then sought by numerous journalists throughout the world for interviews.

Adelaida Velasco Galdós was born in Guayaquil in 1894. Her father was Dositeo Velasco Pérez, a farmer from Ambato who owned the San Lorenzo Hacienda across from Puná Island, Ecuador. Her mother was Lorenza Galdós, an owner of urban properties in Guayaquil. Her sisters were Amada and María Esther. Her sister María Esther married the poet Aurelio Falconí in 1915.

Since 1917 Velasco began using the pseudonym Zaira, particularly in the publications “Flora” and “El Guante,” until the closure of the latter one in 1926. In said year, she began writing for “El Telégrafo” with her real name.

Adelaida Velasco Galdós died of bone cancer on December 26, 1967. She is buried in the General Cemetery of Guayaquil.