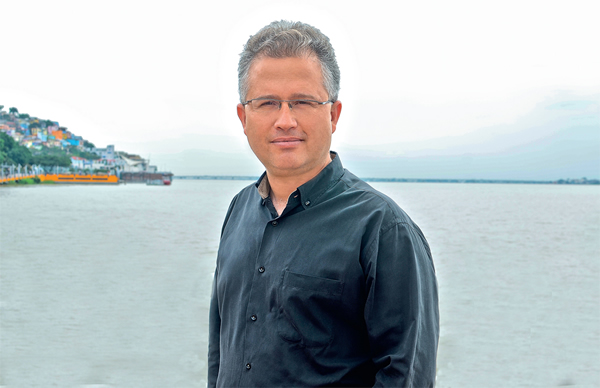 Leonardo Valencia is an Ecuadorian novelist and short story writer. He was born in Guayaquil in 1969. He studied in Ecuador and Spain, where he obtained a degree in literary theory at the Autonomous University of Barcelona. He created the university’s writing program and ran it for several years. He currently lives in Quito where he teaches literature and creative writing at the Simon Bolivar Andean University. The literary critic Andrés Ortiz Lemos called Valencia’s latest novel, La escalera de Bramante (2019), “one of the most important novels written in the Spanish language in recent years.”