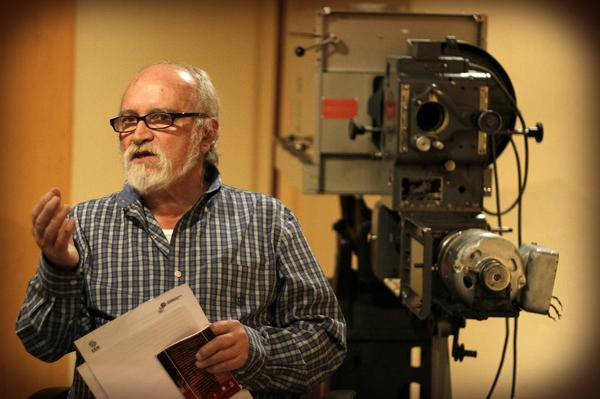 Ulises Estrella Moya was an Ecuadorian poet, writer, professor and film expert. He was born in Quito on July 4, 1939 and died in the same city on December 27, 2014. In 1962, together with Marco Muñoz he co-founded Tzantzismo, a cultural movement of 1960s Ecuador, whose members had a revolutionary attitude and which was mainly expressed in poetry, and to a lesser extent in stories and theater. Estrella directed the film department of the House of Ecuadorian Culture for over 30 years. Among his best known works are: Clamor (1962), co-written with the Argentinian writer Leandro Katz, which marked the beginning of Tzantzismo, and Fuera del Juego (1983), winner of the Jorge Carrera Andrade Prize, Quito.

Ulises Estrella reads his Poem to Cantuña, with interview