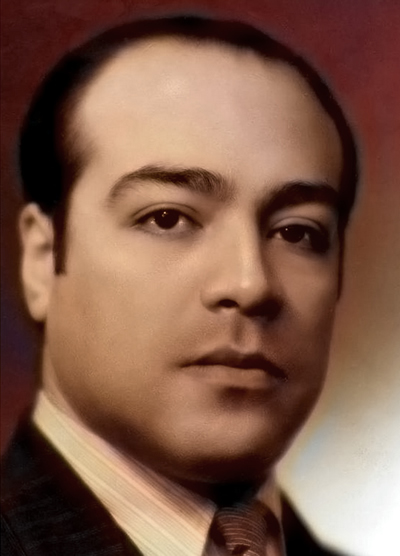 Jorge Carrera Andrade (Quito, September 18, 1903 – Quito, November 7, 1978) was an Ecuadorian writer, poet, diplomat, and university professor. He was widely regarded as one of the most influential Latin American poets of the twentieth century both during his lifetime and after his death. Muna Lee’s critically-acclaimed translation of his poetry collection, Secret Country (1946), brought him to prominence in the United States. He lectured at Stony Brook University in the Department of Romance Languages in 1970­-1972, he also guest lectured at Harvard University and Vassar College during this period. Most of his poetry has been translated into French, German, Russian and English.

“The images of Jorge Carrera Andrade are so extraordinarily clear, so connected to the primitive I imagine I am…participating in a vision already lost to the world. It is a place melancholy but grand.”

Career as a diplomat

Carrera Andrade first experienced traveling in Europe in 1928-1933. He served as Ecuadorian Consul in Peru, France, Japan and the United States. Later in his career, he worked as an ambassador to Venezuela, the United Kingdom, Nicaragua, France, Belgium, and the Netherlands. He also served as Ecuador’s Secretary of State.

In the United States

From 1952 to 1958, Carrera Andrade lived in Paris and worked at UNESCO. Carrera Andrade made short trips to the U.S. as part of his duties with UNESCO or as a delegate to the United Nations, but it was not until 1968-1971 that he lived there again for a significant period of time.

In 1969 Carrera Andrade was appointed Distinguished Visiting Professor at State University of New York at Stony Brook where he lectured for two academic years. He also gave lectured at Harvard University and Vassar College during this time. The University purchased from Carrera Andrade the collection of his written materials (produced between 1923 and 1970 and measuring 10.8 cubic feet) in 1969.

From Century Of The Death Of The Rose: Selected Poems, 1926-1976. Translated from the Spanish by Steven Ford Brown

Without knowing my number,
enclosed by walls and borders,
I walk around with a prisoner’s moon
and perpetual shadow chained to my ankle.

Living frontiers arise
a step beyond my footsteps.

There is neither north nor south, east or west,
only a multiplied loneliness exists,
a loneliness divided by a cipher of men.
Time’s race around the circus of the clock,
luminous navels of streetcars,
bells with athletic shoulders,
walls that spell out two or three colored words,
are the materials of loneliness.

Image of solitude:
bricklayer singing on a scaffold,
fixed raft in the sky.
Images of solitude:
a traveler submerged in a newspaper,
a waiter hiding a photograph in his vest pocket.

The city has a mineral appearance.
Urban geometry is less beautiful
than the geometry we learned at school.
A triangle, egg, cube of sugar
initiated us into a celebration of forms.
Circumferences only came later:
the first woman, and the first moon.

Where were you, loneliness,
that I never knew you before I turned twenty?
On trains, in mirrors, in photographs,
you are always at my side now.

Country people are less alone
because they are one with the land:
trees are their sons,
they see weather changes in their own flesh,
and are taught by the saints’ calendar of little animals.

Playing cards guard the secret of garrets,
sobs are formed to be smoked away in a pipe,
and there have been attempts to inter solitude in a guitar.
It’s known that loneliness walks through vacant apartments,
has commerce with the clothing of suicides,
and confuses messages in the telegraph wires.