Translated from the Spanish by Richard Gabela

Several times a day Don Ernesto Morejón Galindo, the Chief-Director of the Bureau of Economic Investigation, abandoned his small office to monitor the attendance of the employees in his charge. Don Ernesto was a man of unbalanced character. Completely unbalanced. When he was in good spirits, he exaggerated his qualities of a Don Juan, slipping through the libidinous confidences of a vegetable-market chola or a chagra newly arrived from the countryside. With graphic and pornographic gesticulations of sexual possession, he would murmur into the ear of his next confidant: “What a night of revelry, my dear cholo. I had myself three women. Two turned out to be virgins.… Hee-hee-hee…All for free.” But if he had to publicly reprimand his henchmen—an epithet of intimate nature by which he referred to his subordinates —he swelled with omnipotence and meted out threats without concert or order. At such moments—when his domineering arrogance exploded—everything grotesque about his adipose face was underscored—his cheeks like rosy buttocks, his trembling clay lips, the bilious drool between his teeth, the diabolic flame in his pupils.

END_OF_DOCUMENT_TOKEN_TO_BE_REPLACED 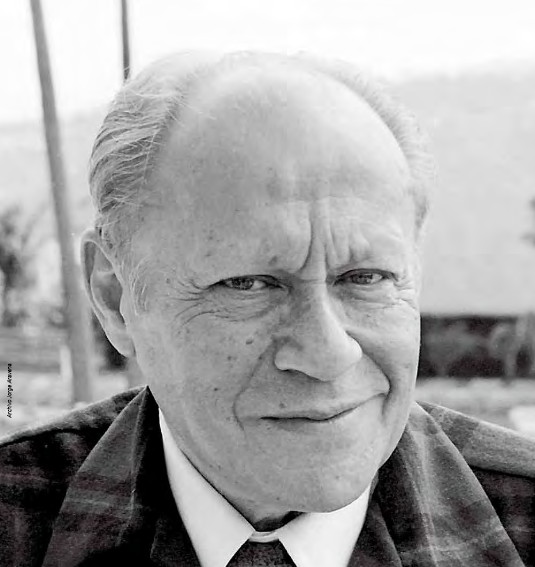 Demetrio Aguilera Malta was a prolific novelist, short story writer, playwright, film maker, painter and diplomat. He was born in Guayaquil, Ecuador, on May 24, 1909 and died in Mexico on December 28, 1981. He first came into prominence with the book of short stories Los que se van: cuentos del cholo y del montubio (1930) which he co-authored with Joaquín Gallegos Lara and Enrique Gil Gilbert. Other renowned works include the novels Don Goyo (1933); Seven Serpents and Seven Moons (1970) which was translated into English by Gregory Rabassa; El secuestro del General (1973) and many others. He was awarded the nation’s top literary award Premio Eugenio Espejo in 1981.

Demetrio Aguilera-Malta quoted by Michael Kernan, in the article Politics of The Pen (The Washington Post, April 23, 1980).